Exodus 3:1-15
The angel of the Lord appeared to him in a flame of fire out of a bush; he looked, and the bush was blazing, yet it was not consumed.

Then Jesus told his disciples, “If any want to become my followers, let them deny themselves and take up their cross and follow me. For those who want to save their life will lose it, and those who lose their life for my sake will find it.

The Lord of Losers

Moses stood in one of the “thin places.”

“Thin places,” according to the Celtic tradition, are those places where the boundary between heaven and earth thins out. The distance between God and ourselves diminishes in the thin places. When we find ourselves standing in a thin place, we know what holiness means; we feel God’s presence in our bones; we see God’s handiwork all around us, we hear God’s promise as Moses did: “I will be with you.” And we hear God’s call to us for the days ahead or perhaps for all our remaining years.

Moses stands at Mount Horeb. A mountain is always a solid candidate for a thin place, from Lookout Mountain at Montreat to Kitchen Mesa at Ghost Ranch; perhaps even Sugarloaf mountain nearer to home. Close encounters with God, however, do not require the mountaintop. And, as we hear in the gospel lesson today, those close encounters are not always pleasant.

Peter has, in the verses before today’s reading, declared that Jesus is the Messiah, the Son of God. But, when Jesus spells out what that means, “that he must go to Jerusalem and undergo great suffering,” Peter tells the Son of God that he is mistaken. “This must never happen to you.”

Peter gets some bad press in the two thousand years of preaching since his little outburst, but I have to confess some sympathy for him here. Peter has followed Jesus because he wants to be uplifted. He wants to see the world set right, turned from upside down to right-side up; Rome no longer on top, Israel no longer crushed under the heel of the Emperor. In other words, Peter follows Jesus because he wants to be a winner. What Jesus describes, suffering and getting killed, is for losers.

What kind of Messiah would allow himself to get executed? What kind of leadership seminar has Jesus been reading?

I have sympathy for Peter because I’m right there with him. Mountaintops are thin places for me because when I stand on a peak, especially if I have climbed it on foot, I feel on top of the world. Running faster and farther than I thought I could gives me that feeling Eric Liddell described to his sister in the movie Chariots of Fire, “When I run, I feel God’s pleasure.”

It’s that sense of accomplishment and victory that makes me feel that all is right with the world.

So, I understand Peter pulling Jesus aside and saying, “Stop it, stop saying this awful stuff about getting killed. That’s not what I meant by Messiah and Son of God.”

Peter wants a winning Messiah without the messiness of suffering and death. I, for one, can’t blame him. I would like that, too.

I am weary of this pandemic and the valley of the shadow of death that haunts our world. I am weary of this nation divided by race and creed, by what we believe and whom we believe. I am sick of conspiracy theories and gaslighting, of exaggerations and lies, sick of injustice and the violence it provokes.

I am often too tired of this broken and violent world even to open the newspaper, look at social media, or turn on the radio. I’m with Peter these days: enough of this suffering, violence, this loss and death; I’m ready for a victory. I’m ready for that mountaintop Messiah, the resurrected Lord at the end of Matthew’s gospel who sends us out into the world to meet new people and shake their hands without having to constantly pull out the hand sanitizer; to hold a baby and baptize and make disciples, for the laying on of hands for the newly ordained, to go out into all the world and bump elbows with the children of God, all while not wearing a mask.

I am looking for a feel-good story to dominate the news, one of those stories of racial reconciliation and understanding like a Klansman redeemed by God’s love shown through his Jewish and African-American neighbors who brought him food and prayed him back to health when he thought he was dying of cancer.

I’m ready for the Promised Land. I am sick of the wilderness.

And the lectionary gives us these words of Jesus: “those who want to save their life will lose it, and those who lose their life for my sake will find it.”

The Bible is just so inconvenient sometimes.

I’ve been reading Hilary Mantel’s recent historical novel about Thomas Cromwell, The Mirror and the Light. It is set during the time when Bible translators, such as Tyndale, are considered heretics and enemies of the Church and the State. The Gospel is considered too dangerous to be in the hands of ordinary people. One of the noblemen

“curses the day laymen began to read the scriptures. ‘Blessed are the meek!’ he says. ‘With all respect to our Saviour, you don’t want that notion to get around an army camp.’”

We human beings have all kinds of great ideas: winning through complete destruction of our adversaries; turning the tables on them to make ourselves the winners and our opponents the losers.

In short, we want what Peter wants, a Promised land without a wilderness, victory without sacrifice, resurrection without crucifixion, a Messiah without suffering and death.

The challenge of these words of Jesus, to Peter and to us, is bold: take up your cross and follow me. It is not simply to look upon those who suffer with sympathy.

As theologian Tom Long writes, “It means following in the way of Jesus, and that involves standing with those who are weak, opening the doors to those who are unacceptable, loving those who are unlovely. Cross bearers forfeit the game of power before the first inning; . . . Cross bearers are dropouts in the school of self-promotion. They do not pick up their crosses as a means for personal fulfillment, career advancement, or self-expression; rather, they ‘deny themselves’ and pick up their crosses, like their Lord, because of the needs of other people.” (Tom Long, Matthew, p. 190)

We stand now in a place where we can sympathize with Moses—he is about to enter a season of plagues and then wilderness.

We can sympathize with Peter and the disciples—there is more suffering to come before they stand on that mountaintop with the resurrected Jesus who hands out passports that are accepted all over the world; he sends them out into all the world, to all peoples, all nations.

In her book Beyond Belief, Princeton professor Elaine Pagels, a humanities scholar who specializes in early Christianity, shares her story about connecting with the church after not being much of a church person.
On a cold Sunday morning jog in New York, she stepped into the narthex of a church to warm up. Two days earlier, her two-and-a-half-year-old son Mark had been diagnosed with a terminal lung disease.

“Since I had not been in church for a long time, I was startled by my response to the worship in progress—the soaring harmonies of the choir singing with the congregation; and the priest, a woman in bright gold and white vestments, proclaiming the prayers in a clear resonant voice. As I stood watching, a thought came to me: Here is a family that knows how to face death. . . .
The day after we heard Mark’s diagnosis—and that he had a few months to live, maybe a few years—a team of doctors urged us to authorize a lung biopsy, a painful and invasive procedure. How could this help? It couldn’t, they explained; but the procedure would let them see how far the disease had progressed. Mark was already exhausted by the previous day’s ordeal. Holding him, I felt that if more masked strangers poked needles into him in an operating room, he might lose heart—literally—and die. We refused the biopsy, gathered Mark’s blanket, clothes, and Peter Rabbit, and carried him home.

“Standing in the back of that church, I recognized, uncomfortably, that I needed to be there. Here was a place to weep without imposing tears upon a child; and here was a [diverse] community that had gathered to sing, to celebrate, to acknowledge common needs, and to deal with what we cannot control or imagine. (pp. 3–4)”

God’s promise to Moses, Jesus’s promise to Peter and the disciples, is not that by faith you will skate on the surface, above all suffering, anxiety, and death. When we come to the valley of the shadow of death, we don’t get over it, we don’t get around it. We go through it with the words of God to Moses, the words of Jesus to the disciples, repeating in our ears: “I will be with you.”

The good news is that a bush may burst into flame right in front of us wherever we are. A wilderness mountain or a packed sanctuary are not necessary for God to show us one of the thin places. Heaven and earth can bump up against each other anywhere God chooses, even your own backyard or your breakfast table.

Wherever we are, whatever lies ahead, we are not alone.

Thanks be to God. Amen. 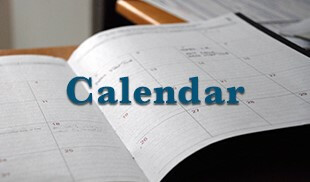 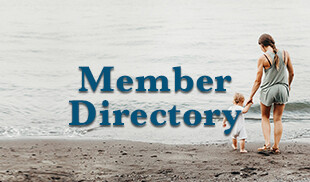 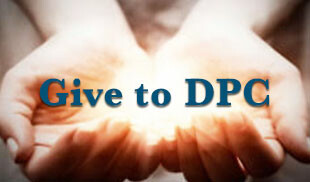